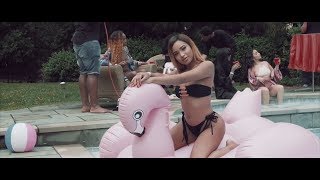 The success of 50 Cent in early 2003 opened the floodgates for other street-level, mixtape-bred rappers, one of whom was Joe Budden, a Jersey City rapper with a distinct loose-cannon style molded from years of freestyling. Born in Spanish Harlem and raised in Queens, Budden came of age across the Hudson River in Jersey City, which he proudly continued to rep in his rhymes despite its somewhat unsavory reputation relative to more traditional hip-hop breeding grounds like Harlem, Brooklyn, the South Bronx, and Queensbridge. Following some troubled teenage years, Budden cleaned himself up and focused his sights on hip-hop fame. He teamed up with producer Dub-B (aka White Boy) and began making demos, one of which ended up in the hands of DJ Clue. Soon afterward, Budden was a mixtape fixture, freestyling over popular beats on mixes by New York's leading DJs, most notably Clue, DJ Kayslay, and Cutmaster C. In particular, his "Grindin'" freestyle turned heads, as did one of his White Boy productions, "Focus." It wasn't long before Budden joined On Top management and went to work with Just Blaze, one of New York's hottest producers of the moment, best known for his work with Jay-Z but also respected for his sure-fire freelance work, such as Erick Sermon's "React" and Cam'ron's "Oh Boy." Indeed, a sure-fire hit resulted: "Pump It Up," a club-ready track that connected everywhere, from MTV to the streets. While all of this was going down, industry heavyweight Def Jam signed Budden and prepared his debut album, Joe Budden, which charted well its opening week, earned some critical support, and foreshadowed a bright future for the refreshingly unique rapper. Unfortunately, a changing of the guard at Def Jam meant the executives who had signed Budden were gone. His next album would remain in limbo until late 2008 when the Halfway House mixtape arrived with an announcement that the rapper had signed with Amalgam Digital. A year later, fans were greeted with a flurry of activity, beginning in February, when his album Padded Room landed in stores. Featuring Budden with Crooked I, Joell Ortiz, and Royce da 5'9", the self-titled album from the hip-hop supergroup Slaughterhouse followed in August, and then he returned to his solo career in October with Escape Route. In 2010, his Mood Muzik mixtape series graduated from the underground when the eOne label released Mood Muzik, Vol. 4: A Turn for the Worst. He rejoined Slaughterhouse for their 2012 effort Welcome to Our House, and then returned to his solo career with 2013's No Love Lost, a reflective album with guests stars Lil Wayne, Wiz Khalifa, and Juicy J. The theme continued with the 2014 EP Some Love Lost, then became a trilogy with the release of All Love Lost, a 2015 album that featured Jadakiss, Marsha Ambrosius, and Emanny as guests. After feuds with Meek Mill and Drake, Budden released Rage & the Machine in 2016. The majority of the production work was handled by AraabMuzik.